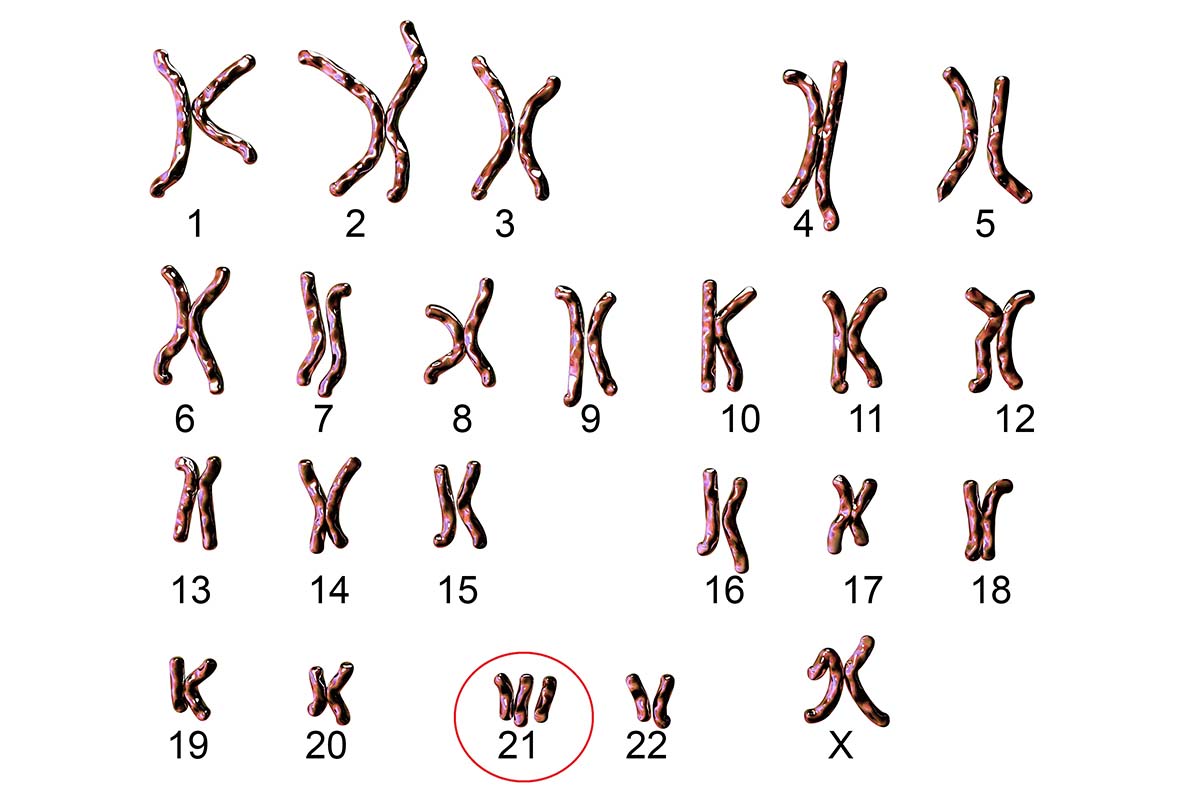 The plant compound apigenin improved cognitive and memory deficits generally seen in a Down syndrome mouse model, according to a study by researchers from the National Institutes of Health and other institutions. Apigenin is found in chamomile flowers, parsley, celery, mint, and citrus fruits. The researchers fed the compound to pregnant mice bearing fetuses with features of Down syndrome and then to the animals after they were born and as they matured. The findings raise the possibility that a treatment to decrease the cognitive deficits seen in Down syndrome may one day be offered to pregnant women whose fetuses have been diagnosed with Down syndrome through prenatal testing. The study appears in the American Journal of Human Genetics.

Down syndrome is a set of symptoms that result from an extra copy or fragment of chromosome 21. The intellectual and developmental disabilities that accompany the condition are thought to be the result of decreased brain growth caused by increased inflammation. in the fetal brain. Apigenin is not known to have toxic effects, and previous studies have indicated that it is an antioxidant that reduces inflammation. Unlike many compounds, it is absorbed through the placenta and the blood-brain barrier, the cell layer that prevents potentially harmful substances from entering the brain. Compared to mice with Down’s symptoms whose mothers were not fed apigenin, those exposed to the compound showed improvements on developmental milestone tests and had improvements in spatial and olfactory memory. Tests for gene activity and protein levels showed that mice treated with apigenin had less inflammation and increased growth of blood vessels and the nervous system.

Diana W. Bianchi, MD, Director of the NICHD and Principal Investigator in the Medical Genetics Branch of NHGRI, is available for comment.

About Eunice Kennedy Shriver National Institute of Child Health and Human Development (NICHD): NICHD leads research and training to understand human development, improve reproductive health, improve the lives of children and adolescents, and optimize the capabilities of all. For more information, visit https://www.nichd.nih.gov.

About the National Institutes of Health (NIH):NIH, the nation’s medical research agency, includes 27 institutes and centers and is a component of the U.S. Department of Health and Human Services. The NIH is the primary federal agency conducting and supporting basic, clinical, and medical research. translational, and is researching the causes, treatments, and cures for common and rare diseases. For more information about the NIH and its programs, visit www.nih.gov.