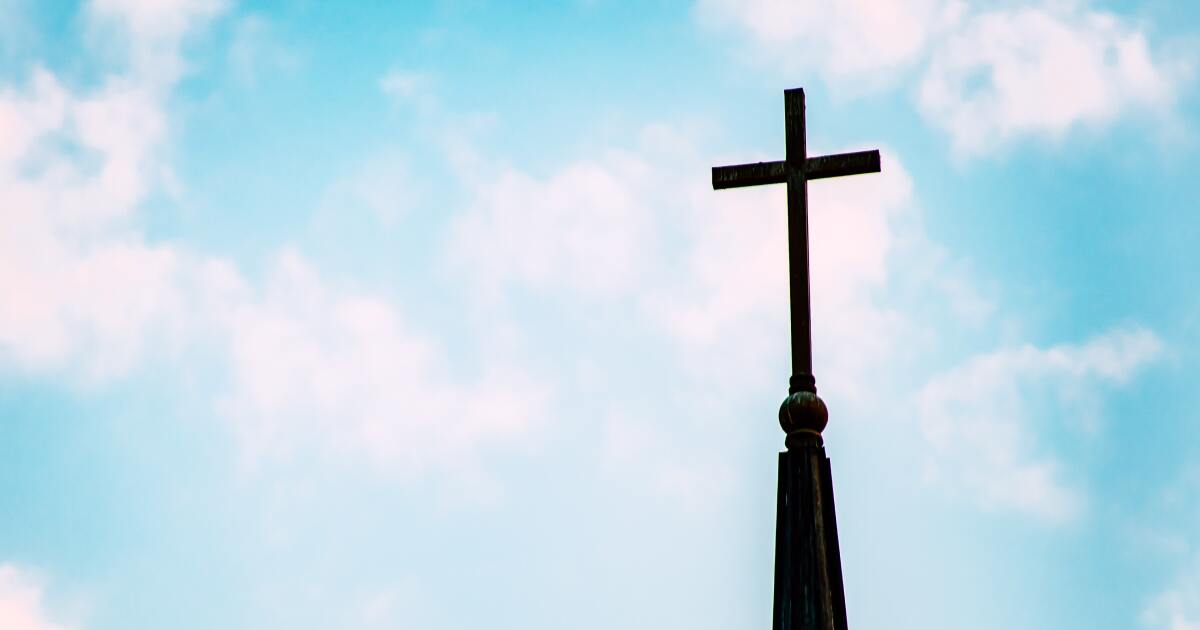 CINCINNATI – Pastor Brian Tome was shocked in April when he learned that Crossroads Community Church was eligible for a paycheck protection loan.

“We were going, ‘wait a minute, really?’ Churches are generally left out of those kinds of programs, ”he said.

But Tome is convinced that taxpayers got a lot of value by extending a $ 3.6 million forgivable loan to his congregation.

Although its buildings were closed from March to September, Crossroads actually increased employment during the pandemic, from 371 jobs when it applied for its loan in April to 403 when it applied for loan forgiveness last month. The new hires helped the church strengthen its community outreach.

“When you look at the value that churches offer to the social sector, it is enormous,” said Tome. “I believe that the government, at least this time, recognized that in this emotional, financial, spiritual crisis, it is a crisis of every possible category, the churches provide a significant service to the communities.”

That same story played out in churches across the country, said Matthew Manion, director of the Center for Church Management at Villanova University. He published a study in December of 169 Catholic parishes on the East Coast. Eighty percent of them obtained PPP loans and 72% found new ways to connect with parishioners, including online Masses, virtual prayer groups, and outdoor gatherings.

“It kept people employed and it kept the ministry going,” Manion said. “Those who really seemed to thrive were able to tap into creativity and I think PPP loans created the space for them to say, ‘How do we rethink our roles? How do we rethink our work to be able to do it in light of this pandemic? ‘”

At Crossroads, Tome said the expanded reach was extended to the wider community. Here is a partial list of activities the church participated in in the past year:

As laudable as they are, those achievements don’t justify giving churches special treatment to allow the use of PPP loans to fund their ministries, said Alison Gill, vice president of legal and policy for American Atheists Inc. in Cranford, NJ.

“I don’t think anyone can deny that churches do an incredibly good job,” Gill said. “However, that work can be done and financed by these programs without necessarily going to the religious activities of the churches.”

In a letter to the SBA and in blog posts, Gill’s group has argued that the SBA is violating the U.S. Constitution by agreeing not to enforce SBA rules that prohibited religious groups from receiving loans earlier. last year and exempted churches from new SBA rules that restrict loans to organizations with 500 or fewer employees.

It also claims that the new rules make the paycheck protection program more vulnerable to fraud. He points to examples such as Daystar Television, which allegedly purchased a plane within weeks of receiving a $ 3.9 million PPP loan in April, and ASLAN International Ministry in Florida, which was named in a federal civil forfeiture lawsuit alleging fraud from PPP loans in December.

The ministry has a connection to Cincinnati.

Ohio business records show ASLAN was incorporated in 2005 by Michael Becker of Glendale, Ohio. In court documents last month, federal agents cited a witness, identified by the initials MB, as saying that he incorporated the company on behalf of Evan Edwards, president of ASLAN. The federal lawsuit alleges that Edwards used false information to obtain an $ 8.4 million PPP loan from First Home Bank of St. Petersburg, Florida. MB told agents that he “did not know that his name was still being used in business records and that he did not authorize anyone to use his name in those records.” The company was canceled as an Ohio corporation in 2015, but Edwards reinstated it. in 2018, state records show.

WCPO attempted to reach Becker through a phone number and email linked to his current address in Cuyahoga Falls, but he did not respond.

Gill said the case is evidence that fraud involving churches can be difficult to detect.

“They are not subject to the same type of oversight as other types of businesses or nonprofits,” Gill said. “They don’t have to file with the IRS in advance, nor do they have to file annual tax updates. So there is very little government oversight and because of this they are especially susceptible to fraud. “

Delving into the numbers

The WCPO I-Team has been looking for local evidence of fraud in all kinds of government stimulus programs since April. We don’t find it in the $ 108 million in check protection loans issued to churches and religious schools in Greater Cincinnati last year. We found some evidence that religious groups in the greater Cincinnati area spent PPP money more efficiently than other types of employers.

For every job applicants said they were protecting with their Paycheck Protection loans, local faith-based organizations received about $ 7,900, according to I-Team’s analysis of SBA data. That’s about 17% less than the average loan amount of $ 9,500 per job for the entire universe of more than 30,000 PPP loans in the Tri-State.

But those numbers don’t tell the whole story of what a PPP loan meant for places like St. Xavier High School, which secured a $ 3.8 million loan in April with an application that reported 295 jobs would be preserved.

“We are spending a lot of money on our program here,” said St. Xavier President Tim Reilly. “And there is no way we would want to compromise our program if we didn’t have to, so this loan was really a great safety net.”

But St. X did more than keep teachers employed; It also ensured that more than 100 students living in poverty had food on the table and reliable internet service so they could continue learning when the school building was closed.

“For me, that’s a perfect example of why religious organizations are an important part of the picture, because we’re doing so much more than just paychecks,” Reilly said.

For those who are still concerned about church and state issues, Tome offers this:

The First Amendment to the United States Constitution says: “Congress shall not enact any law that respects the establishment of a religion or prohibits the free exercise of it.” Until this year, the SBA interpreted that to mean that loans were not allowed for “businesses primarily engaged in teaching, instructing, counseling, or indoctrinating religion or religious beliefs.”

But the SBA redefined that interpretation in April, when it released new guidelines for paycheck protection loans:

“Because these regulations prohibit the participation of a class of potential recipients based solely on their religious status, the SBA will refuse to enforce these subsections and will propose amendments to bring those regulations into line with the Constitution.”

The same document exempted churches from the so-called affiliation rule, which required most borrowers to count employees of affiliated companies when calculating whether they meet the 500-employee loan eligibility limit. That is why the Catholic Church, which has more than 1 million employees, was able to qualify for thousands of loans with more than $ 1.4 billion.

“The SBA will not evaluate, and will not allow participating lenders to evaluate, the reasonableness of the organization’s good faith determination based on faith that this exception applies,” the SBA guidelines said.

Congress had an opportunity to address these issues last month when it approved a new round of Paycheck Protection loans. And he sided with the SBA’s interpretation with this statement in the Consolidated Appropriations Act of 2021:

“In the opinion of Congress, the Administration’s interim final rule titled ‘Temporary Changes to the Business Loan Program; Paycheck Protection Program’ – 85 Fed. 11 Reg. 20817 (April 15, 2020) – adequately clarified the eligibility of churches and organizations for loans made under paragraph (36) of section 7 (a) of the Small Business Act (15 USC 636 (a) “.