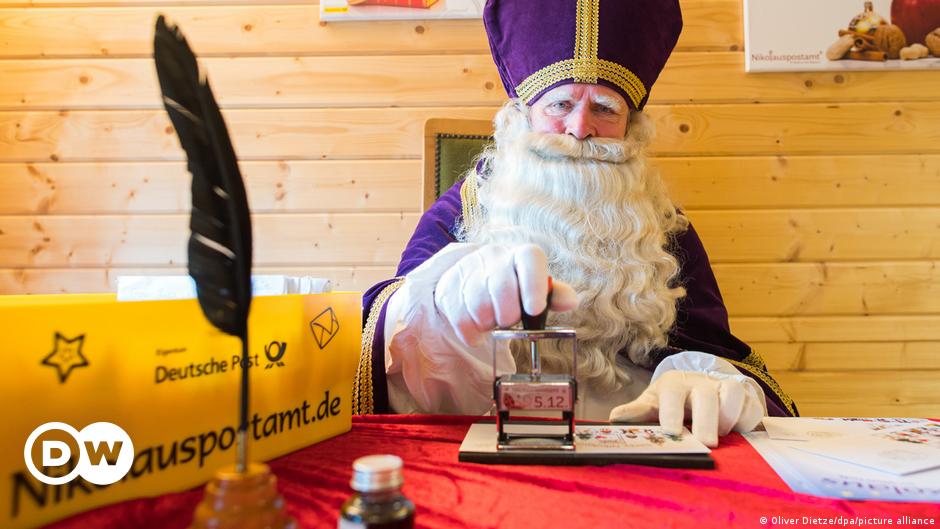 A post office in Germany responded to more than 30,000 letters to Santa Claus, the dpa news agency reported on Monday.

The German village of Saint-Nicolas – located in the Saar region on the border with France – shares a name with Saint-Nicolas, and children have been writing it for years.

On Monday, the Post said it had processed more letters than ever this holiday season, and nearly 44 volunteers responded to a total of 30,711 letters from children in 43 countries, according to dpa. That’s 866 more letters than last year.

The majority of letters came from Germany – about 90% – while globally, children in Taiwan sent the most letters, 1,083 in total.

The post office responds to each letter and each response is sent in an envelope with a special Saint Nicholas stamp.

Deutsche Post has a total of seven Christmas branches across Germany.

Besides the village of St. Nikolaus, Santa Claus is also accessible in Himmelpfort (Brandenburg), Engelskirchen (North Rhine-Westphalia) and Himmelstadt (Bavaria).

This Christmas, the three branches in Lower Saxony received 80,000 letters from 58 countries, including China, Morocco, Australia, Argentina and the United States, a spokesperson for mail to the German news agency KNA.

With material from the press agency dpa.

What are the pros and cons of getting rid of plastic bags?