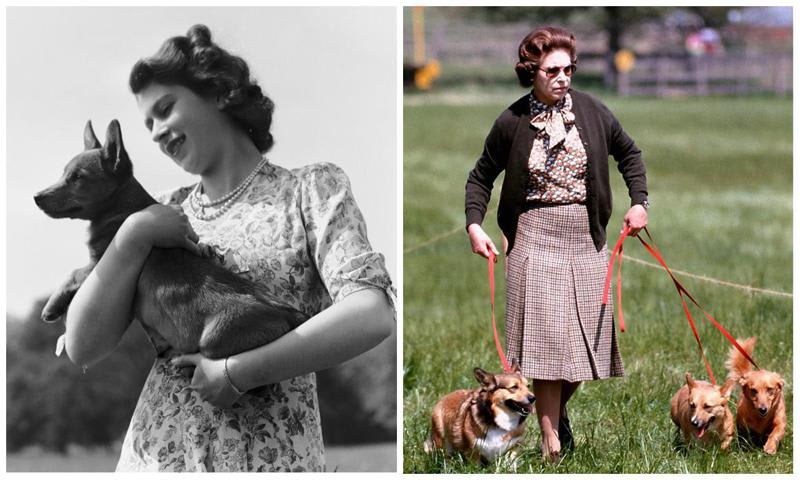 Queen Elizabeth II had a funny side! After Her Majesty’s death, stories have come to light that give insight into who she was behind the royal walls. A documentary earlier this year in May revealed she had a ‘hilarious habit’ of writing letters purporting to be from her beloved corgis.

The Queen and her cousins ​​with Alexander Armstrong followed the host as he chatted with some of Queen Elizabeth’s extended family. Per New York Post, Armstrong explained that the monarch would write letters from his corgis to the dogs of his staff members.

His late squire Sir Blair Stewart-Wilson was one of the people receiving grades, and they both had fun pretending to be their dogs. “[Stewart-Wilson] would write these letters from their Jack Russell to the corgis, and the queen would write them back,” Armstrong explained in the documentary.

According to Armstrong, the letters were hilarious. “I wish I could remember them. I remember holding my stomach, screaming with laughter because they’re wickedly funny,” he continued.

Queen Elizabeth II’s love for corgis and dorgis was no secret. She is even responsible for the Dorgi breed, which is a cross between a Dachshund and a Welsh Corgi. The hybrid started when one of Queen Elizabeth’s corgis mated with a dachshund, Pipkin, owned by Princess Margaret, by All the Queen’s Corgis: Corgis, Dorgis and Hounds: The Story of Elizabeth II and Her Most Trusted Companions.

Reflections from a Chicago Community Organizer: Water Justice and the Need to Act Now

Donations needed at food drive Nov. 18-20 on Peninsula – The Virginian-Pilot

Bury the power lines to keep Florida’s lights on

VIA apologized; Alamodome does not have